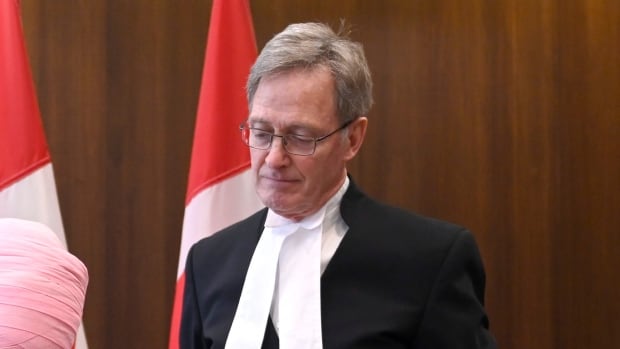 Conservatives are asking Liberals to post emails and text messages between the party and House of Commons Clerk Charles Robert over allegations he crossed a line and broke the cardinal rule of his work in acting in a partisan manner.

Robert’s job description is to advise the President and all Members of Parliament on parliamentary procedure “regardless of party affiliation” and “with impartiality and discretion”.

But CBC News reported last week that Robert is facing allegations he made partisan comments and shared confidential information with the Liberals that could have given the party a strategic advantage over the opposition in the House.

“The non-partisan administration of the House of Commons that supports members of all political parties must be flawless,” read the press release signed by the three Conservative MPs.

“The simple fact is that the Trudeau Liberals must know that receiving confidential information from the clerk was the wrong thing to do, but they are being accused of doing it anyway.”

The Conservatives now want the Prime Minister’s Office, the Liberal House leader and the whip’s offices to disclose correspondence with Robert.

CBC News last week reported on a series of complaints based on written complaints and letters to the supervisor of Robert, the Speaker of the House of Commons. Ten sources with knowledge of the inner workings of the office and the issues corroborated the claims and provided additional examples.

Staff saw Robert make comments they deemed partisan, most notably during a speech he was pleased with the results of the 2019 federal election which saw the Liberals win a minority government, according to multiple sources.

Robert also faces allegations of confidential information sharing that opposition parties provided him with the Liberals. And in one case, to share in advance the outcome of an unfavorable Speaker’s ruling on physician-assisted dying with the Liberals, and ask them when they would like the Speaker to return it to the House so that it does not. not disturb the party program. .

The move went against normal practice and could have given the Liberals an advantage, multiple sources said.

WATCH | The Clerk of the House accused of favoring the Liberals:

CBC News has learned that senior executives accused House of Commons Clerk Charles Robert of partisanship for the Liberal government. The clerk is supposed to provide impartial advice to parliamentarians from all political parties. 2:29

Robert also faces allegations that he has treated some staff with disrespect and staff regularly see him sleeping at work while in the House during Question Period when he is supposed to be vigilant in case he needs to inform the President.

Robert says he served with integrity

CBC provided Robert with a detailed list of the allegations before the story aired. In response, Robert wrote in a statement that he had dedicated his career to serving Parliament and also provided a copy of his CV.

“For over 40 years, I have served Parliament and parliamentarians in both Houses with integrity and to the best of my ability,” Robert wrote. “Prior to my appointment as Clerk of the House of Commons, I was for several years the Acting Clerk of the Senate, advising and advising three Speakers, Conservative and Liberal.

Robert said he brought up the issue of sleep.

The Trudeau government selected Robert through a new competition process in 2017 that sparked criticism. The prime minister’s office said last week that it was an “open and merit-based appointment process”.

Multiple sources question why the government considered Robert for the job when at the time of his appointment he was Acting Clerk of the Senate and had a long-standing relationship with a Liberal-appointed senator. Robert said in a statement to CBC News his personal relationship was known on Parliament Hill and leaked with the Senate, House and several senior officials.

Robert also said in his defense that he made significant changes to the office when he was appointed and claims that a group of senior executives resisted the change.

According to sources and a written complaint, concerns are more widespread.

Staff complaints have multiplied and the situation has become “untenable”

The five senior executives worked closely with Robert and filed the first complaint in 2018 on behalf of their staff, according to the complaint. The manager wrote to Robert’s boss – then Speaker of the House of Commons Geoff Regan – that they were facing increasing complaints from staff about his work and the situation had become “untenable.”

“The time and energy spent stepping in to do the clerk’s job and discussing, including with staff, how to continue in this toxic environment is currently staggering and unsustainable,” the complaint reads.

The complaint and other letters expressing issues of concern that had not been resolved were sent to current House Speaker Anthony Rota. A spokesperson for Rota said the protocol called for him to notify human resources if any issues are brought to his attention and for HR to recommend if action should be taken. That protocol was followed in this case, the spokesperson said.

The auditor is gone, 3 senior executives are gone

Since last year, three of the senior executives have taken sick leave and taken early retirement. A fourth executive is currently on sick leave.

Robert’s chief audit executive also left his post due to concern over a conflict of interest, multiple sources said. Robert cut the reporting structure, removing the auditor’s ability to raise concerns directly to the president. If the auditor discovered wrongdoing, the report would go only to Robert.

Two of the senior executives who left sent letters to Rota saying they were retiring early because they had no other choice, since the issues were not resolved.

The letter said President Rota was aware of the concerns and urged him to take action for the sake of the integrity of the institution.

The Registrar met “the efforts to uphold the principles of political neutrality, good governance, transparency and good management with disapproval,” the letter read. The senior manager wrote that they couldn’t let go of their principles and keep looking the other way.

NDP House Leader Peter Julian said his party had raised concerns about senior turnover and believed the Board of Internal Economy (BOIE) was the right place for parties to discuss demands.

The BOIE oversees the administration of the House and, in July, handled the matter behind closed doors, meaning it is confidential and not public.

“These new reports are concerning and raise serious questions,” Julian wrote in a statement to CBC News.

Regan hired an outside firm, Filion and Associates, to conduct the external review of the clerk’s office, according to a letter. But a complainant wrote to the president in January 2019 and said the workplace assessment report contained disappointing findings and contained “wrong facts and assumptions.”

The review looked at various concerns about Robert’s performance, including sleeping on the job and the treatment of staff, but not the allegations of partisanship that arose later.

CBC News requested a copy of the report, but Robert said it could not be made public because it contains “personal information and deals with employment matters.”

Conservatives call on next House speaker to investigate

In a statement to CBC News, Robert said the review “concluded that the bond of trust between the heads of the procedural services and me was not present,” adding that other claims regarding his ethics and integrity were “unfounded”.

Opposition parties called for a re-examination of the allegations during a closed-door session of the BOIE, according to several sources. But the Liberals voted against it, according to the sources.

On Friday, the Conservatives sent a letter to all MPs asking the next Speaker of the House to investigate the allegations against the clerk.

Conservative MP Michelle Rempel Garner said it would take multi-party support and leadership from the next president to deal with the situation in any meaningful way.

MPs voted for the next Speaker of the House on November 22, when Parliament returned. 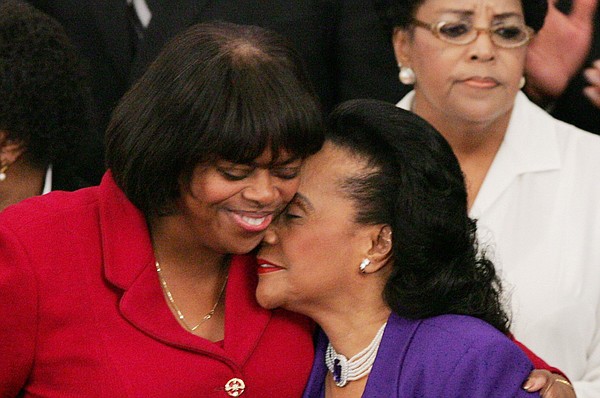