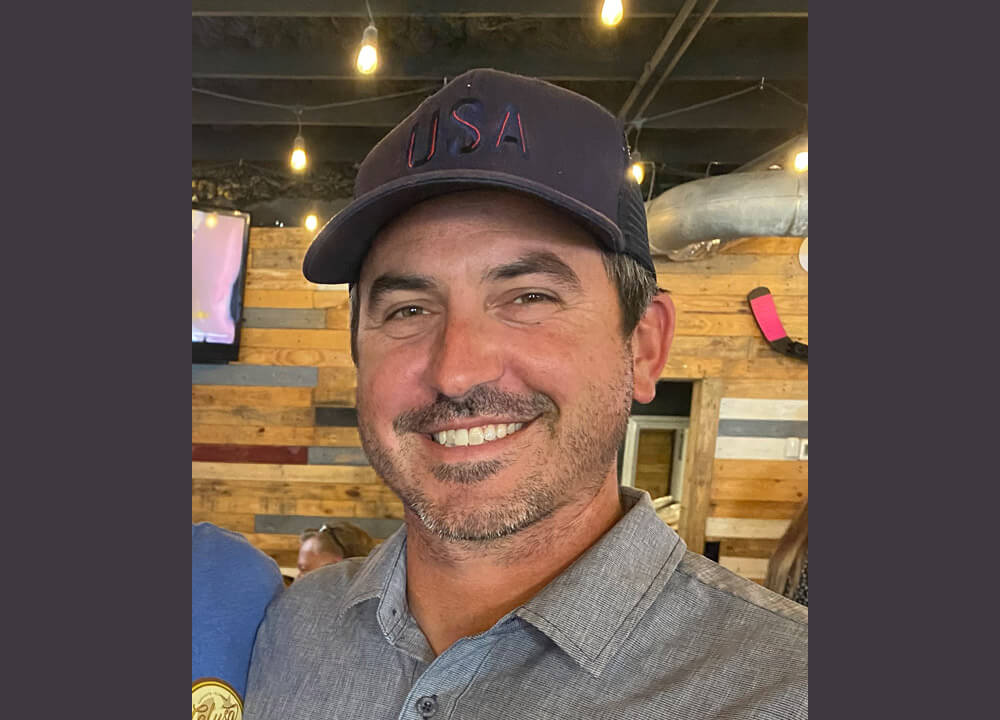 Sarasota Sharks head coach and CEO Brent Arckey took 11 swimmers to the 2021 Olympic trials. One, Emma Weyant, won a silver medal in the 400 IM in Tokyo to be just the last representative of this gold medal swimming club of the United States which continues to impress nationally and internationally.

Q. WORLD OF SWIMMING: What lessons have you learned from your many Hall of Fame coaches?
A. COACH BRENT ARCKEY: I have been exposed to many different styles and training programs. Mike Heath, my first real swimming trainer, helped me cultivate my love of the sport. While I never swam for Bill Peak, head coach of the Trinity Aquatic Team in Orlando, he had a tenacity that radiated throughout the program. From his successor, Mitch Ivey, I learned creativity and a different style of training.

I graduated from high school with Clay Parnell and the Patriot Aquatic Club. Clay helped keep me in the sport and held me accountable. Arthur Alberio and Don Wagner from the University of Alabama taught me a lot and looking back, I didn’t take advantage of the opportunities they gave me.

My most formative years as a coach have been in Gainesville with Gregg Troy, Anthony Nesty, Martyn Wilby, Chris Oliver, Nancy Hennessey and Ryan Woodruff. These coaches taught me about progress, hard work, running a business, high performance and ultimately what it takes to be the best.

After leaving UF, I accepted a job with the Sarasota YMCA Sharks, where I worked with Steve Brown and Sherwood Watts, learning a lot about team culture, tradition and club management.

SW: In the beginning, you coached age groups and Olympic champions simultaneously. What have you learned?
BA: Nancy and Chris preached progression so every day I worked on how I would organize 8 year olds to be like Olympians. It was an invaluable experience and a model for the development of athletes, whatever their ability.

SW: How do you inject fun into the practices?
BA: I try extremely hard to let children be children. Today’s athletes are so structured – too much in some cases – and under pressure that they need a safe place to be themselves. I tell everyone we need to be respectful and work hard. This gives them the space they need to test limits, be goofy, find themselves and, in turn, have fun.

Michael J. Stott is an ASCA Level 5 Coach, Golf and Swimming Writer. His critically acclaimed golf novel, “Too Much Loft,” was published in June 2021 and is available on store.Bookbaby.com, Amazon, B&N, and book distributors worldwide.

New! 30-day ISHOF membership AND Digital Swimming World subscription for only $ 10 per month!

012 TOP 5 STORIES OF 2021
by David Rieder
While the pandemic and its massive effects on sports were the only front-page story of 2020, the action in the pool returned to center stage in 2021. Not surprisingly, the focus of the best stories in the world was year is centered on Tokyo, where the Olympics produced incredible performances and historic results.

018 WORLD’S GREATEST RECORDS IN HISTORY
by John Lohn
As the 2022 campaign kicks off, Swimming World has decided to look at the greatest world records in history. No, it’s not a perfect science, but the eight recordings shown are – plain and simple – spectacular in nature and deserve all-time recognition.

020 ISHOF FUNCTION: REMEMBERING THE SUTRO BATHS OF SAN FRANCISCO
by Bruce Wigo
Located on the ocean side at the southern entrance to the Golden Gate of San Francisco Bay, the Sutro Baths, built in the 1890s by Adolph Sutro and eventually destroyed in the 1960s, were the world’s largest indoor swimming facility in the world and one of the most amazing leisure and entertainment venues. complexes never built.

024 PROGRESS IN WORLD AND AMERICAN RECORDS 2021
by David Rieder

026 SWIMMING TO GREATNESS
by David Rieder
Australian Ariarne Titmus first defeated Katie Ledecky, the greatest long distance swimmer in history, at the 2019 World Championships. She repeated the feat last summer at the Olympic Games in Tokyo and now has for goal of achieving even more ambitious goals.

029 NUTRITION: COOLED TO THE BONE
by Dawn Weatherwax
Bone broth is a home remedy worth adding whether you live in a cold climate or a hot one.

034 MENTAL PREPARATION: BEFORE THE BEEP WITH MAX McHUGH
by Shoshanna Rutemiller

032 SWIMMING TECHNIQUE CONCEPTS: MAXIMIZING SWIMMING SPEED (Part 7) â€”OPTIMAL CUT CYCLE FOR BUTTERFLY AND FREESTYLE
by Rod Havriluk
A swimmer who takes full advantage of the propellant phase and eliminates time wasted on the non-propellant phase can optimize swim cycle time. This article presents the optimal times for the throttle and non-throttle phases of butterfly and freestyle with the corresponding expected performance improvements.

036 POST-COVID SWIMMING COLLEGE
by Michael J. Stott
College swimming coaches from across the country share their thoughts on how COVID has affected their sport.

042 SPECIAL PACKAGES: LETITIA SIM â€” THE DYNAMIC TALENT OF TNT SWIMMING
by Michael J. Stott
Coach Jan Mittemeyer shares a few sets he gave to Letitia Sim and her fellow senior swimmers at TNT Swimming in Daphne, Ala. Now swimming for Michigan, Sim was Alabama’s No.1 2021 rookie and 15th nationally.

044 HOW THEY FORM THE EMMA WEYANT OLYMPIC SILVER MEDAL
by Michael J. Stott

031 DRY TRAINING: READY, READY, GO!
by JR Rosania
With the New Year, it’s time to think about what to expect and how to start preparing for the winter and early spring races. This month’s drylands article focuses on drills for each shot and some explosive and core training drills.

039 GOLDMINDS: THE ART OF SWIMMING
by Wayne Goldsmith
The key to a fast swim is to follow the leadership and guidance of the coach, but it is also important to choose and make the training special and unique just for you.

009 DID YOU KNOW THAT: ON OSCAR NORIN, WORLD HIGH DIVING CHAMPION?

Swimming World is now a partner of the International Swimming Hall of Fame.
To know more, visit us at ishof.org

Small in stature, great in courage

A victory and a loss at the regional championships for 2 Loudoun Co. baseball teams.